I’ve been thinking about the textile factories that dotted the North Carolina landscape with plumes of steam coming up from their boilers. More specifically, I’ve been thinking about Cone Mills. You see, my entire family is deeply tied into textile manufacturing. Part were Southern coastal landed gentry, the others Scots-Irish who settled in Appalachian mountains and made their way down to the Foothills of North Carolina. Those who dwelled in the Foothills were either farmers, military, or textile workers.

They were proud people who worked very hard for their living. Textile jobs were dirty, loud, potentially dangerous and tough on the body. My late maternal Grandfather was a fixer, and my paternal Grandfather, a weaver. My late paternal Grandmother was a spinner, and my living maternal Grandmother worked in the supply room. My aunt was a doffer. My Father worked his way up through the textile factories in North Carolina to upper management. I could make a super long list that would bore you to tears about my extended family and their roles in textiles, but I shall refrain.

As a little girl, I remember visiting the different factories my family worked at. I was never allowed in when they were operating, but on the rare times they were shut down (the first week in July and Christmas) I would get to see the inner workings.

The smell of cotton and machine oil from these visits is something that will never escape me. It is similar to what you smell when cleaning a gun, but different. Less oily, more earthy. There was also a metallic smell from the multi-ton beasts that took raw cotton fibers and turned them into denim fabric. Smells are something we associate with throughout life. They trigger memories, good and bad, and no matter what, stick with us in such a profound way that, even years later, can rattle us to our core. Even now, when I smell certain scents, I’m taken back to the smell of the cotton mills and the fabric sitting on their looms.

Really, the fabric I’m thinking of is “selvage” denim. An item so popular, jeans made with it today start upwards of $150 dollars each. Most of this “blue gold” is made at the Cone Mills White Oak plant located in Greensboro, NC, and favored by mainstream retailers like Gap, American Apparel to boutique brands and iconic clothing manufacturers such as Levi.

Frankly, I was stunned at the prices commanded by selvage denim today. After all, it seems like yesterday I was a young girl walking among the machines, tufts of spun cotton the floor and machines that wove fabric stopped mid-weave.

Cone Mills Corporation was the world leader in the manufacturing of denim and largest supplier in the world.* Their employees were proud of their work and I’m happy to see Cone still has one plant still running in North Carolina. The hulking ghosts of their empty factories are a consistent reminder of when things were truly Handmade in North Carolina. 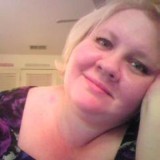